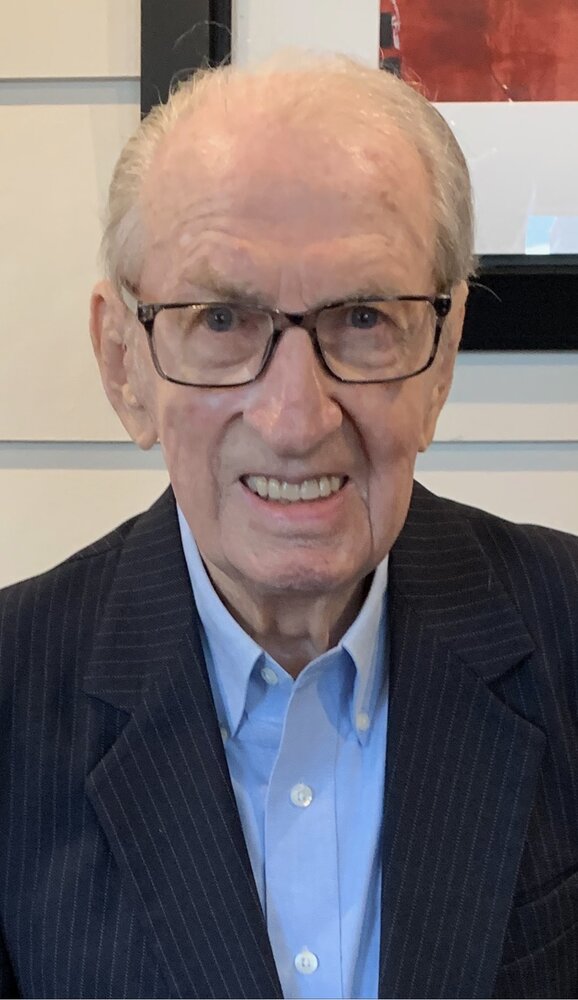 Please share a memory of John to include in a keepsake book for family and friends.
View Tribute Book
John F. Miseyko March 8, 1921 – November 5, 2022 It is with grateful hearts that the family of John Fred Miseyko announces his passing on November 5, 2022. John was born in Old Forge, PA to a coal miner. He was determined to have a better life for his family and attended Rider University and received a BSBA. He started his career at General Motors and after two years he was drafted into the army during WWII, stationed in Okinawa and mainland Japan. After the war he continued living in Japan for eight years. When returning stateside he met and married his loving wife Anne, moved to NY/NJ and raised their three children. After retiring from the Federal Government in 1980, he moved to Ormond Beach, FL and worked as Director of Grants, Accounting and Communication at Daytona Beach Community College, now Daytona Beach State College for 10 years. He is survived by his sister Tatiana Potkul, daughter Tanya Watford (husband Tom), daughter Anne Miseyko, granddaughter Taylor Watford Grew (husband Michael) and granddaughter Taryn Watford. John was involved in many civic and service organizations. John was one of the founders of the Holy Trinity Orthodox Church in Randolph, NJ and He was the recipient of Gramota (highest award given to a layman) from the Eastern Orthodox Church. He also received the Distinguished Public Service Award of New Jersey/New York Metropolitan Area. He loved God & the church, his family and the Florida Gators. Everyone who knew John loved him. He always had a joke to share and a kind word to say. He had a warm heart and a giving nature. After moving to Florida, John was a longtime member of the Saint Demetrios Greek Orthodox Church in Daytona Beach. Funeral arrangements are being handled by Lohmans Ormond Beach in conjunction with Edwards and Russin Funeral Home in Edwardsville, PA. Interment will be at St. Michael's Russian Orthodox Cemetery in Old Forge, PA.
To send flowers to the family or plant a tree in memory of John Miseyko, please visit Tribute Store
Monday
14
November

Share Your Memory of
John
Upload Your Memory View All Memories
Be the first to upload a memory!
Share A Memory
Send Flowers
Plant a Tree