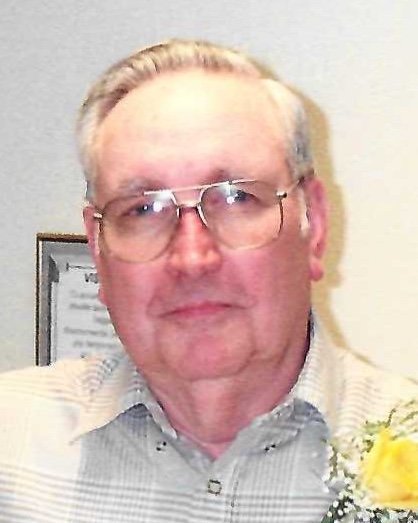 Please share a memory of Richard to include in a keepsake book for family and friends.
View Tribute Book
Richard L Cole, 92, of Larksville peacefully passed away on Monday, February 1, 2021 at the Hampton House in Wilkes Barre, PA. He was born on July 16, 1928 In Wilkes Barre. He was the son of the late Bruce and Sophia Cole. Richard was an Army veteran who served in Korea during the war. In addition to his parents he was preceded in death by his beloved wife of 61 years, Arlene (Corby) , brothers Bruce and Arthur, sons Richard and Douglas, and grand-daughter Alison. Richard is survived by his son Wayne and wife Lois of Mechanicsburg, his daughter Diane and husband Tim Sheldon of Goodyear Arizona, his daughter-in-law Carol Cole of Buzzards Bay Massachusetts, his grandchildren Amanda Cole, Leeanne Griffith Park and husband Kris, Lindsay Cole, Jessica Bolles and husband Jeff, and Abigail and Spencer Sheldon, and by his three great-grandchildren, and nieces and nephews. Richard was a graduate of Meyers High School and the Wilkes Barre School of Business. Richard worked for Whitesell Bros.Hardware and Lumber in Dallas, various locations in the trade industry and retired from Royer Foundry in Kingston.. After retiring he enjoyed working at The American Red Cross Blood Center for several years. He was a member of the St. John's Lutheran Church, Wilkes Barre. Arrangements are by Edwards-Russin Funeral Home in Edwardsville. Richard is to be interred at the Oak Lawn cemetery in Wilkes Barre. No services are scheduled.
To plant a beautiful memorial tree in memory of Richard Cole, please visit our Tree Store

A Memorial Tree was planted for Richard
We are deeply sorry for your loss ~ the staff at Edwards and Russin Funeral and Cremation Services, Inc
Join in honoring their life - plant a memorial tree
Online Memory & Photo Sharing Event
Online Event
About this Event

Look inside to read what others have shared
Family and friends are coming together online to create a special keepsake. Every memory left on the online obituary will be automatically included in this book.
View Tribute Book
Services for Richard Cole
There are no events scheduled. You can still show your support by planting a tree in memory of Richard Cole.
Plant a tree in memory of Richard

Share Your Memory of
Richard
Upload Your Memory View All Memories
Be the first to upload a memory!
Share A Memory
Plant a Tree