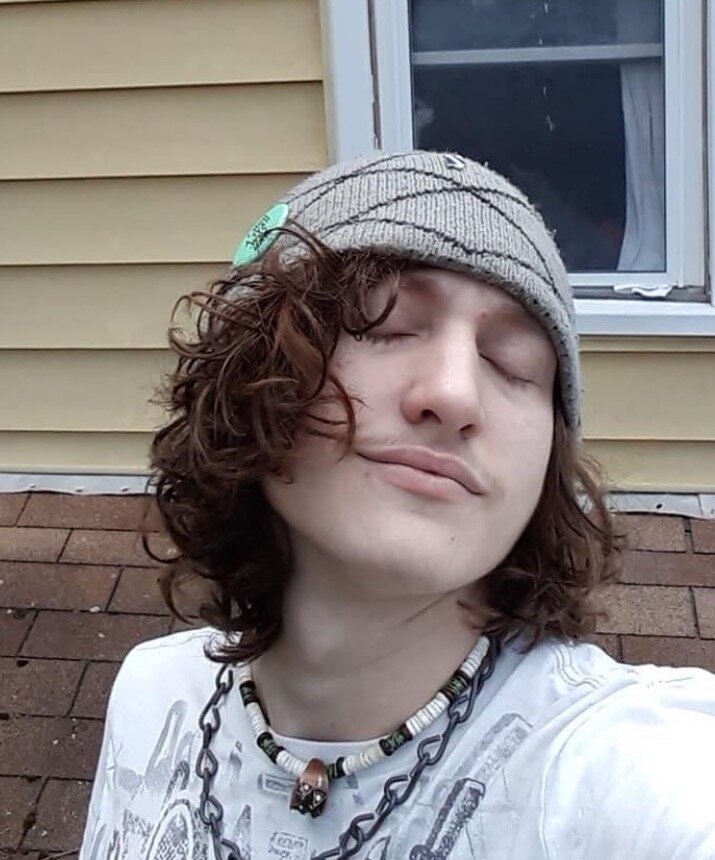 Please share a memory of Ulysses to include in a keepsake book for family and friends.
View Tribute Book
Ulysses Edward Denman, 24 of Larksville passed away November 20, 2021. Born in Kingston on October 16, 1997 he is the son of Ellie Denman & the late William Denman. Ulysses was a 2016 graduate of West Side CTC, where he studied A.V. and graduated a member of the National Honor Society. He was incredibly intelligent. Ulysses loved working at horror hall and scaring people, and if he wasn't scaring/pranking you, he was surly making you laugh. He had such a large personality and kind heart, he would give you the shirt right off his back. Ulysses loved self-defense, his sword and throwing star collection, being outside, his Xbox, and his cat, Cloud. He also loved moon pies, Thanksgiving, anime, and of course, his family. For those who had the privilege to meet and know Ulysses, they know, and understand he was a completely different person, prior to mental illness. He was not the person the news and media made him out to be. Ulysses was preceded in death by his father, William Denman, and all of his grandparents. Surviving in addition to his mother are his four adoring siblings; sister Kelly & her husband Chris, brother Billy & his fiance Gidget, sister Damien & her long term boyfriend Tim, and sister Shilo & her husband Jr. In addition to his siblings, he is survived by seven nephews; Michael, Austin, Michael, Jeremy, Gabriel, Jesse, & Noah, and five nieces; Serenity, Ayla, Jaydyn, Isabella, & Bailey. His beloved cat, Cloud, as well as numerous aunts and uncles. There will be a memorial service Saturday, November 27, 2021, at 10:00 a.m. at Edwards & Russin funeral and Cremation Services Inc. 717 Main St. Edwardsville, PA Friends may call Saturday from 9:00 a.m. til time of service.
To send flowers to the family or plant a tree in memory of Ulysses Denman, please visit Tribute Store
Saturday
27
November

Share Your Memory of
Ulysses
Upload Your Memory View All Memories
Be the first to upload a memory!
Share A Memory
Send Flowers
Plant a Tree