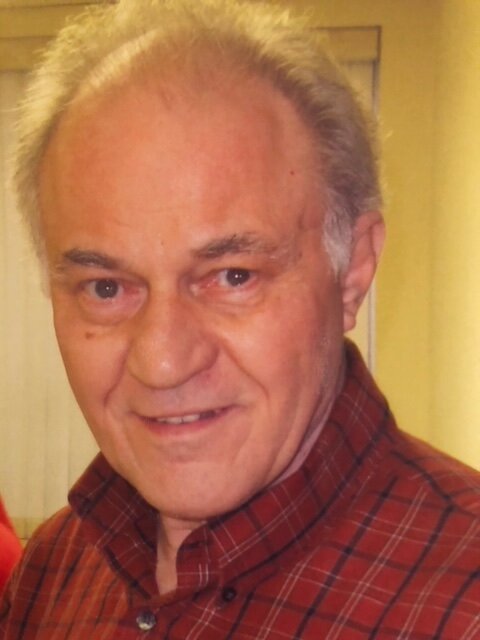 Please share a memory of Patrick to include in a keepsake book for family and friends.
View Tribute Book
Patrick Michael Umbra, Jr., 78, of Wilkes-Barre passed away Friday January 28, 2022 at Hospice of the Sacred Heart, Dunmore. He was born in Wilkes Barre Pennsylvania. Patrick was the beloved and only son of the late Patrick M. Sr. and Elizabeth Fennick Umbra. He lived a life of dedicated service and devotion to the Catholic faith, and was an honorary lifetime member of Bishop Hafey Assembly Fourth Degree Knights of Columbus Council 302 in which he served from 1983 through every board position and was elected Grand Knight in 1992. He was past Faithful Navigator of Wilkes-Barre’s 4th degree Assembly. He was the newsletter editor and held the office of President of the Home Association in 1987. Patrick was bestowed with honorary life membership of Alhamar Caravan #4, an organization dedicated to supporting the intellectually challenged, he was the Supreme Bizier of the national order of Alhamar and held several offices including Grand Commander and Supreme Director of Region II Eastern Council through his service of thirty-five years. He became an active member of Saint Conrad’s Young Men Society in 1987 and served as a lay servant of the Immaculate Conception from 2011. For 21 years Patrick was a member of Our Lady of Fatima Blue Army, meeting faithfully every Sunday night, regardless of weather, to join in community prayer for others. Patrick also served in several offices including President of the Serra Club of Wyoming Valley. Patrick served in various positions including District Chairperson on the Pennsylvania 6th District Republican Committee from 1996-2016. Patrick attended Pennsylvania State University and was a licensed insurance agent with John Hancock Funds and Prudential Corporation and retired with several awards as a long-term care specialist with Genworth Financial in 2005. He was employed by Allegany Distributing Company in Wilkes-Barre, Pa from 1962-1972. He worked for American Stores Group from 1972 and was an officer on the safety committee until 1992. Patrick is survived by two daughters, Michelle Pearce, Santa Monica, CA and Jan Sailus, and son in law Chris, Seattle, WA, granddaughters, Rachel, Renee, and Leah, grandson Stuart Pearce, and beloved prayer partner, Ada Magni. There will be a mass of Christian burial at 9:30 am, Monday January 31, 2022, in St. Mary’s Church of the Immaculate Conception 134 S. Washington St., Wilkes-Barre, PA Interment will take place after at St. Mary’s Cemetery, Hanover Twp. Funeral arrangements have been entrusted to Edwards & Russin Funeral and Cremation Services Inc. Edwardsville, PA. Online condolences can be made by visiting Patrick’s obituary at the Funeral Home website www.russincares.com In lieu of flowers, donations may be made to Bishop William Hafey Assembly Alhamar Caravan #4. P.O. Box 72 Wilkes-Barre, PA 18701
To send flowers to the family or plant a tree in memory of Patrick Umbra, please visit Tribute Store
Monday
31
January

Share Your Memory of
Patrick
Upload Your Memory View All Memories
Be the first to upload a memory!
Share A Memory
Send Flowers
Plant a Tree