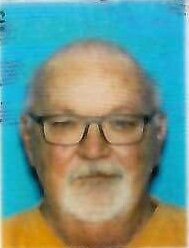 Please share a memory of John to include in a keepsake book for family and friends.
View Tribute Book
John R. Dorzinsky, 70, of Dallas passed away Monday June 6, 2022, at Wilkes-Barre General Hospital. He was born in Wilkes-Barre to the late John and Marie Duffy Dorzinsky. John graduated from Hanover High School, class of 1970 and attended Penn State University. Prior to his retirement John worked for Mesko Glass, Moosic for 43 years, serving as general manager. John was a member of the Sons of the AmVets, Hanover Twp.. He is survived by his wife of 48 years Roxanne Nethercott Dorzinsky, sister, Joan Sanders and her husband Richard, Hanover Twp., sister in-laws, Mary Walsh and her husband Michael, Sally Powell and her husband Jeff, nephews, Richard Sanders and his wife Lisa, John Sanders and his wife Kristen, Michael Walsh and his wife Denise, nieces, Stacey Gregory and her husband Jeremy, Kristy Beck, Erin Shea and her husband Matt, and many great nieces and nephews. A private service will be held at the convenience of the family. Condolences can be made online by visiting John’s obituary on the funeral home website. Funeral arrangements have been handled by Edwards & Russin Funeral and Cremation Services Inc. Edwardsville. www.russincares.com
To plant a beautiful memorial tree in memory of John Dorzinsky, please visit our Tree Store

A Memorial Tree was planted for John
We are deeply sorry for your loss ~ the staff at Edwards and Russin Funeral and Cremation Services, Inc
Join in honoring their life - plant a memorial tree
Online Memory & Photo Sharing Event
Online Event
About this Event

Look inside to read what others have shared
Family and friends are coming together online to create a special keepsake. Every memory left on the online obituary will be automatically included in this book.
View Tribute Book
Services for John Dorzinsky
There are no events scheduled. You can still show your support by planting a tree in memory of John Dorzinsky.
Plant a tree in memory of John

Share Your Memory of
John
Upload Your Memory View All Memories
Be the first to upload a memory!
Share A Memory
Plant a Tree